Stepmother day is the Sunday after Mother’s Day.  Seeing as I did not have a Mother’s Day at all this year, instead of just Celebrating Stepmom Day, I am declaring the whole weekend as Stepmom weekend.  This means that I can look forward to breakfast in bed and minions to order around the whole weekend.

April is a month of Birthdays at the Practicingnormal headquarters.  Both Bubbles and Little Mouse has birthdays which makes it a hectic month for me.

When there are five kids in a family a birthday is a very special day.  It is the one time when all the attention is on you.  When everything can turn into a competition for attention it is nice to have a special day just for yourself.

As the mom I always make sure that your birthday is a special day where we celebrate the wonderful person that you are.   This means that I might go over the top sometimes, but the children enjoy it and it is always done with love.  I only do children’s themed birthday parties till your 10th birthday, which means for Bubbles this was the last birthday with an elaborate themed party.   Next year she will be allowed to take two friends to the movies for her birthday and will have a family dinner.    This year she decided on a Paris Themed Birthday Party.

We decided while the weather was nice to have a ‘Tea in Paris’ party in the garden. END_OF_DOCUMENT_TOKEN_TO_BE_REPLACED

The wisdom of kids sometimes take your breath away.  The happens to me a lot, especially with my little old soul:  Mouse.   If you think you know everything about being a Tiger Mom, I think Little Mouse have a much better definition.

END_OF_DOCUMENT_TOKEN_TO_BE_REPLACED

Blood is not the only thing that makes you a family.  Family is who you love and if you are lucky, who loves you back.   Being a mother is a difficult job, being a stepmom is even harder.   You are mostly judged and very rarely celebrated.

Instead of judging let’s choose to celebrate the extra people in your children’s lives who love them.  There is a beautiful quote from Valerie J. Lewis in Blended Families An Anthology.  “Stepparenting is like working at a late-night convenience store – all of the responsibility and none of the authority.”

Please share these with all the blended families and send them to all the stepmoms you know.  Mostly they just need someone to see them, to acknowledge that it is a difficult job to do and to say thank you.

END_OF_DOCUMENT_TOKEN_TO_BE_REPLACED 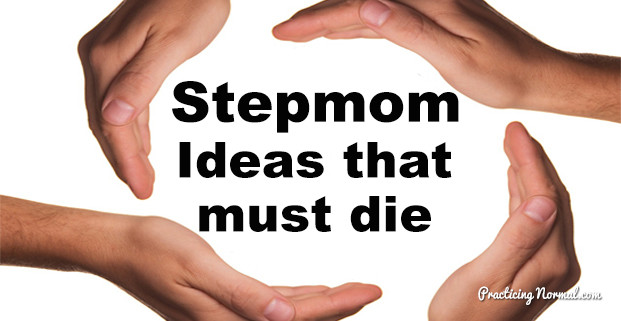 I am a mom that sends kids to a house with a Stepmom.

I am also a Stepmom.

This gives me a unique perspective of the role of a Stepmom from both sides.

According to the TIME magazine’s article Amazing Moms of the Animal Kingdom, Meerkats live in packs of about 20, dominated by one mating pair that produces two to five pups in a litter, with up to four litters a year. In a group of meerkats with so many new pups, it is often the aunts and sisters of the group who care for the young. After 21 days underground, the pups emerge to join the foraging party, where they learn the skills needed to live in the Kalahari Desert.

Being a stepmom is one of the hardest roles on earth.  You are always walking a tightrope with huge precipices on either side.  With practice to you turn into an acrobat, but there is some preconceived ideas about your role as Bonus/Extra/Stepmom that do not help and really must die.